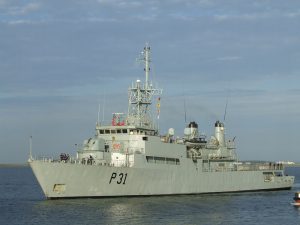 The LÉ Eithne crew will accept the honour at a formal ceremony in Dún Laoghaire Harbour Plaza on Friday 31st March at 1pm. There will be live music and a short parade by the Army Band and the crew of the LÉ Eithne. The event will be mc’d by Mary Kennedy from RTÉ. Following the event the Naval Services will also be offering the public guided tours of the LÉ Eithne on Friday afternoon and evening.

An Cathaoirleach would be delighted if you were able to come to the Plaza on Friday 31st March to witness this very special event in the year of the Harbour Bicentennial.