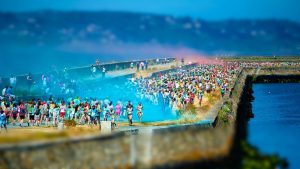 The unique run involves participants of all abilities and ages being doused from head to toe with coloured powder paint while they run, jog or walk the 5km route.

Participants are encouraged to wear white to the event, so when they complete the route they will be covered in a kaleidoscope of colour. The powder used for the event is a non-toxic and natural product.

This year there is a new addition to the run in the form of a ‘Rainbow Slide’, a custom built slide leading into the Irish Sea. Tickets are currently on sale and are limited to 4,999 participants.

Smash Hits have been added to this years Rainbow Run live music acts! A unique tribute to the golden era of early 90s dance, pop and R‘n’B. This Dublin six-piece is comprised of experienced musicians performing the best of classic 90s tracks. 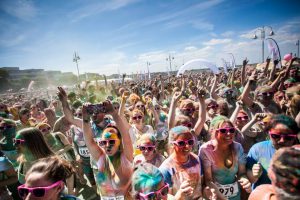