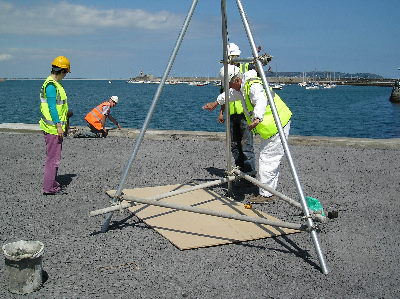 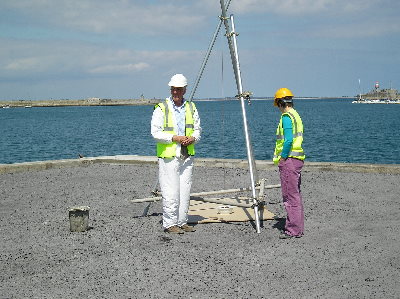 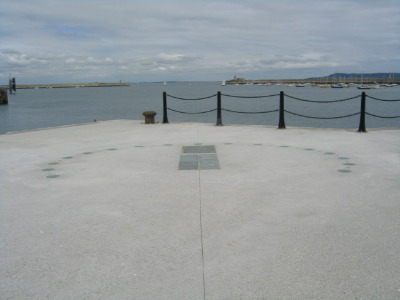 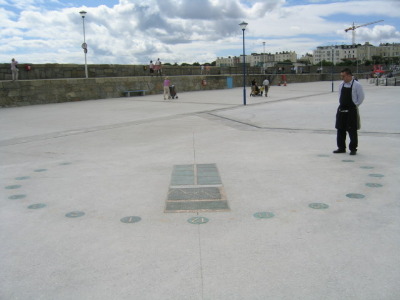 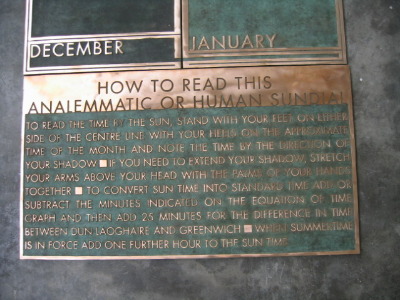 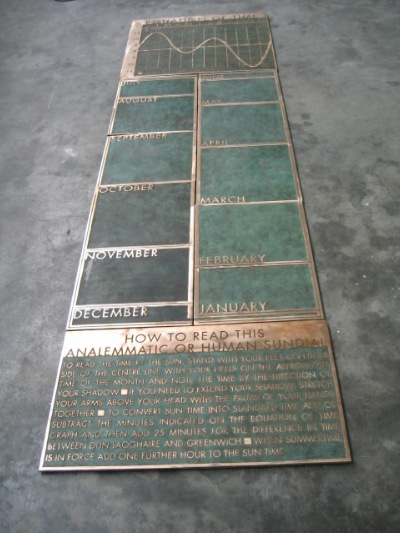 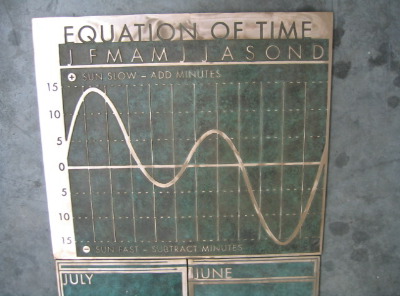 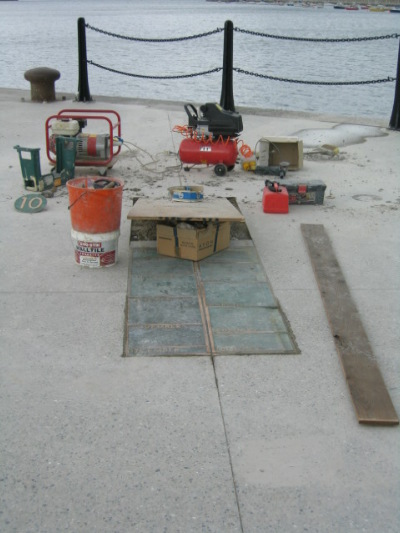 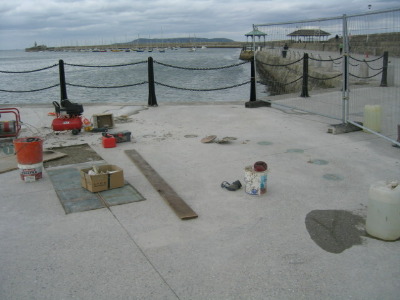 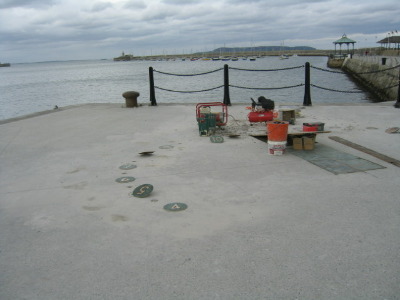 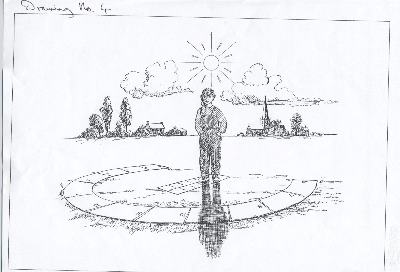 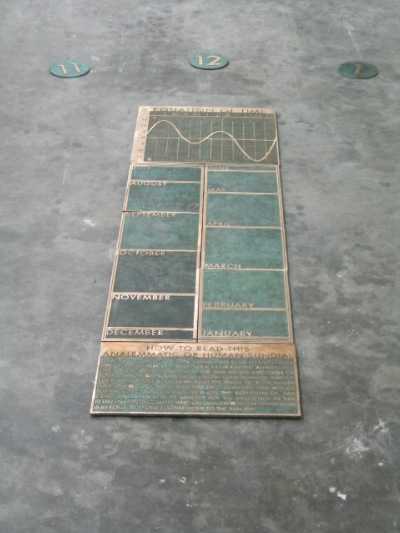 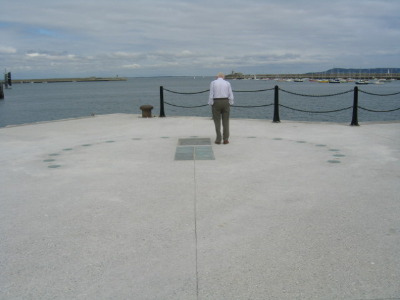 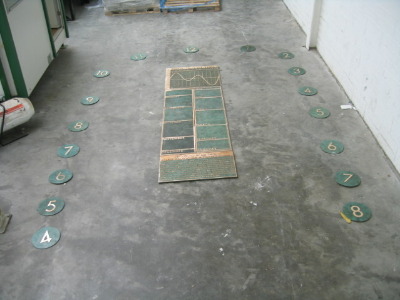 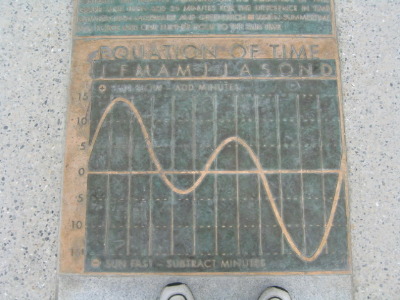 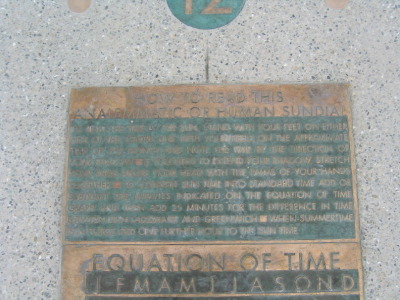 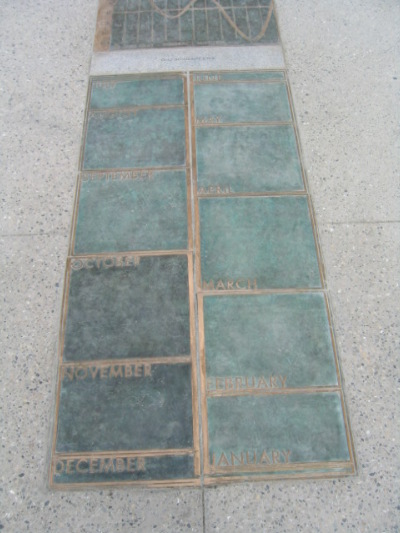 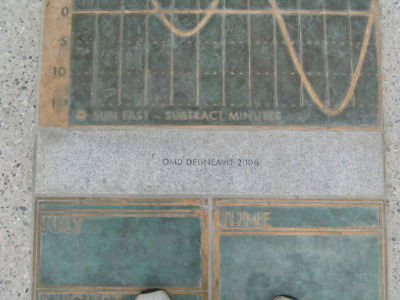 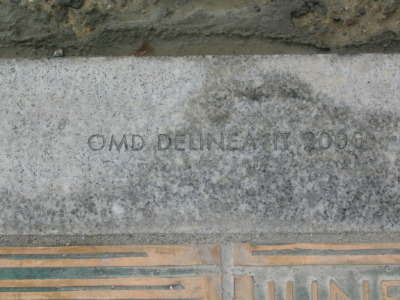 
The Analemmatic or human sundial differs from ordinary sundials in three respects:

– It is elliptic in shape, rather than circular

– It has hour points, as distinct from hour lines, to indicate the time of day

– This function of providing the shadow is carried out by the observer, who stands erect with his or her feet astride the centre line of the Calendar scale, on the appropriate date of the month, and reads the time by the sun as indicated by the direction of his or her shadow

The Sun Time, thus found, can be converted to Irish Standard Time by following the instructions given on the adjoining bronze plates. It will be seen from these instructions that, in making the time conversion, the following factors will be allowed for:

The Equation of Time, which compensates for the irregular speed of the earth around the Sun, is laid out in graph form and its seasonal value in minutes will have to be added to, or subtracted from, the Sun Time according to the time of year, as indicated

The Difference in Longitude between Greenwich and Dun Laoghaire, which is equivalent to 25 minutes in time and is always added to the Sun Time

Historically the construction and use of early sundials go back to the dawn of civilisation. In fact they were Mankind’s very first scientific instruments, predating even the invention of the wheel.

In an educational context, understanding the performance of a sundial will further the knowledge of the measurement of time and simplifies a basic apprehension of the Solar System.

The East Pier sundial was commissioned by the Dun Laoghaire Harbour Company as a feature of artistic and scientific interest for all who use the amenities of the Harbour, and to mark the successful restoration of the East Pier