Minister for Jobs Enterprise and Innovation

Convening in the historic Harbour Lodge in Dun Laoghaire, the Minister for Jobs, Enterprise and Innovation met the members of the Steering Group, which includes the Pavilion Theatre, DLR County Council, the RNLI, the Coal Harbour Users Group, The National Maritime Museum, Dalkey Heritage Centre, a representative of the 4 Yacht Clubs, the Dun Laoghaire Harbour Company and Dun Laoghaire Business Improvement District (BID).

The Bicentenary Steering Group met to discuss a series of initiatives to commemorate and celebrate the 200 year history of this historic harbour.

May 31st 1817 saw the laying of the first stone in the creation of one of the world’s finest man-made harbours , originally named as “The Royal Harbour of King George 1V at Kingstown”

Gerry Dunne, CEO of Dun Laoghaire Harbour Company said ” this is an incredibly exciting initiative , of national and international significance. We will be engaging with members of the Irish Diaspora all over the world, so that we can gather relevant stories and memorabilia, and create a legacy both online and physical, a legacy which this special place fully deserves” 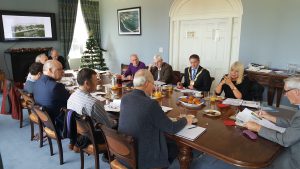 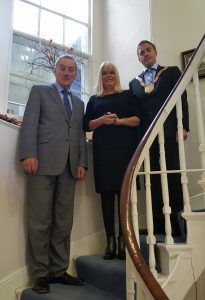