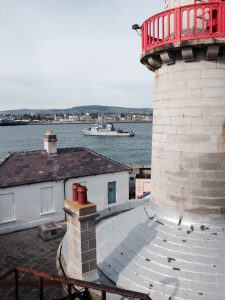 The ‘Lion’, ‘Leopard’ and ‘Eglantine’ were in Dun Laoghaire from Friday 1st – Monday 4th May as part of a training excursion, the aim of which was to teach French Navy students how to sail a ship. Coastal and ocean navigation and manoeuvre teaching was taught during the training. Each ship is fully equipped with lecture and training rooms as well as specific teaching equipment. During the training excursions, the ships were also employed by the French Ministry of Defence for the watch and guard of French maritime approaches, and all ships have the ability to release counter-oil products, used for counter pollution missions.

Speaking in advance of the arrival of the naval ships, CEO of the Dun Laoghaire Harbour Company, Gerry Dunne, said: “We’re delighted to welcome the three French naval training ships to Dun Laoghaire. This year will be an extremely busy one for the Harbour, with over 20 cruise calls taking place this summer. The visit of the naval ships offers a nice start to this season and they should act as an interesting sight for local ship enthusiasts. We’re also looking forward to welcoming the French naval students to the town.” 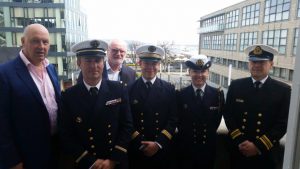 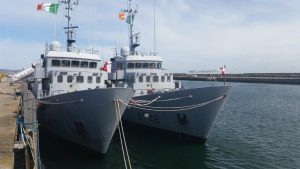