The town of Dun Laoghaire has a strong link with the ships namesake James Joyce.  The novelist and poet playwright made the local Martello tower the setting of his masterpiece novel, Ulysses and the Martello tower is home today to the James Joyce Museum. 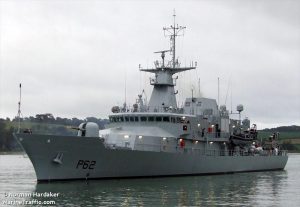 L.É James Joyce is an new offshore patrol vessel replacing the 35-year-old LÉ Aoife. The ship will survey the exclusive economic zone off Ireland’s coasts, extending toward Great Britain in the East and into the Atlantic in the west. It will cover over 158,000 square miles in area with the use of fly drones to monitor such an extensive area.

An Taoiseach Enda Kenny and Minister for Defence Simon Coveney T.D will conduct the naming and commissioning ceremony on the Carlisle Pier in Dun Laoghaire Harbour. 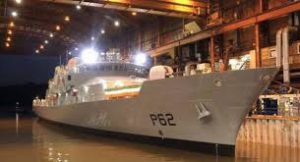 Open to public for viewing – LÉ James Joyce will be open to the public to view on Wed 2nd September from 1400-1700hrs.